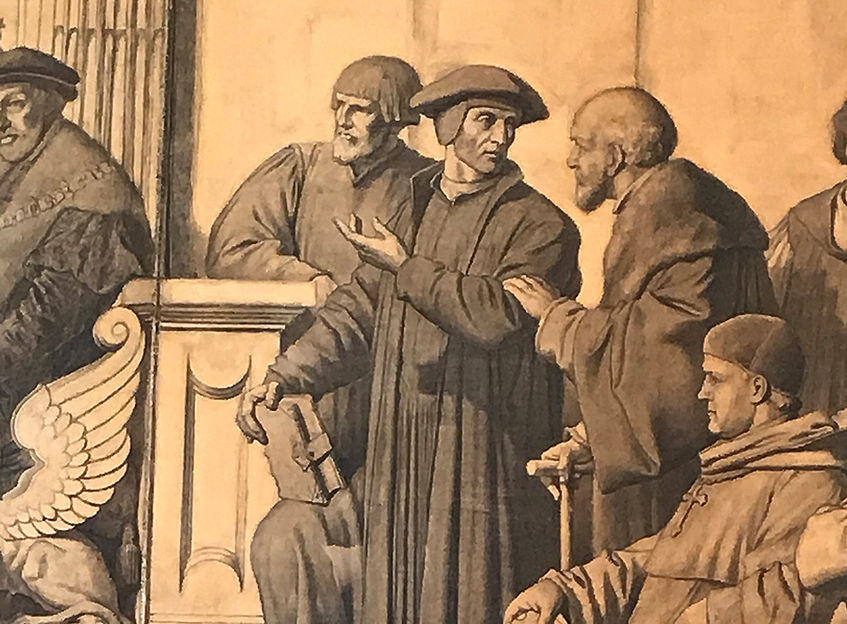 The research in the Rise Project is focused on the Viennese Faculty of Theology’s first years at the end of the 14th century, as reflected in the notebook of Henry of Rinfeldia, a student and a witness to these fundamental years, and who has left us a rich account of the pedagogical activity of his professors, of the texts circulating in the university, and the then popular doctrines. The notebook testifies to Henry of Langenstein, a graduate of the University of Paris and the founder of the Faculty of Theology in Vienna.

The doctoral thesis deals exclusively with the vesperial questions as they appear in the medieval manuscripts that have survived and which can still shed some light on their history. A vespera is a public debate, part of a longer graduation process at the medieval university. In order to graduate and be allowed to teach, the student received a license that opened him access to a rather specific type of exam. A vesperial disputation included two questions debated in a pro and con fashion, but the candidate only participated at the second one, where he could fully display his intellectual and rhetorical prowess. The subject of these debates was chosen beforehand and reflected the doctrinal environment of the time.

The article is based on the research carried out by two projects: the Rise Project, coordinated by Dr. Monica Brînzei and Dr. Adinel Dincă, “The Rise of an Intellectual Elite in Central Europe. Making Professors at the University of Vienna, 1389-1450” (https://rise-ubb.com/), and the Ph.D. project called “The History of the Vesperial Questions at the Medieval University”, coordinated by Dr. Monica Brînzei.

Luciana Cioca has graduated the Faculty of History and Philosophy at the Babeș-Bolyai University. She has a Master Degree in Ancient and Medieval Philosophy, and is currently working on her Doctoral Thesis, “The History of the Vesperial Questions at the Medieval University”, coordinated by Dr. Monica Brînzei.

First European Doctorate Certificate at the Faculty of Political, Administrative and Communication Sciences